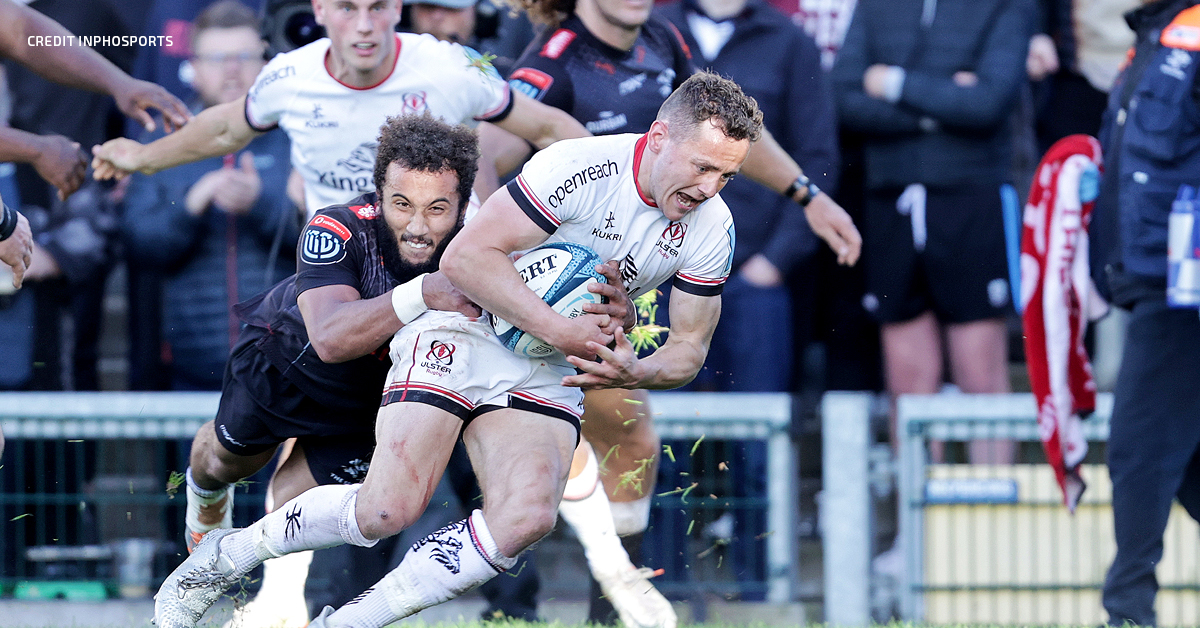 Ulster proved to be a tough nut to crack as they ran out 24-21 Vodacom United Rugby Championship victors over the Cell C Sharks in Belfast on Friday evening.

The Northern Irish team had to withstand a late onslaught from the Cell C Sharks who threatened to completely upset the applecart at the death, but the home side delivered on defence when it counted, forced to work hard to keep out a determined Cell C Sharks team and ultimately taking their chances to earn the final round win.

It was an exciting start to the game as both sides adopted a ball in hand approach which didn’t always render the desired outcomes, but certainly provided strong threats on attack and delivered exciting rugby which only produced the first score after the opening quarter hour when Ulster were awarded a penalty which they converted to strike the first blow.

They struck again 10 minutes later after a sustained build-up as they tested the Cell C Sharks’ defence through numerous phases until eventually finding the space to send the ball wide to get over for the first try, well converted for a 10-0 lead.

Going into half-time 10 points down, the Cell C Sharks needed to score first in the second half, but it was the home side to put points on the board inside the opening five minutes, a strong run to set up their second try, under the posts to provide an easy conversion.

The Cell C Sharks were relentless in their drive to open their account, spending a huge period of the third quarter smashing away at the Ulster defence, but were up against an impenetrable wall that stood up well to everything that was thrown at them to deny the Durban side.

But the dam wall eventually had to break and after conceding a number of penalties on defence, Nthuthuko Mchun was driven over after taking a quick tap and powering over the line for the first try, with Curwin Bosch making no mistake with the conversion.

The joy was short-lived as Ulster struck back almost immediately, a break out wide and then enough space created for the Irish team’s third try, the conversion taking them into a 24-7 lead with 15 minutes remaining.

With a minute left to play and the Cell C Sharks defending inside their 22, Grant Williams was once again the danger man, chipping the ball outside his 22, chasing up and out-pacing the defence to score, Chamberlain reducing the deficit to three points.

Sadly there wasn’t enough time to change the outcome, but it was a brave rear-guard effort in the final analysis.